A GLIMPSE OF HEAVEN

The monasteries of Ilia are unique destinations where the visitor can find the pure taste of the Greek orthodox faith.

On your way to Olympia just before entering the village of Agios Ioannis you will notice a huge yellowish building with arches hidden behind the trees to your left hand side. The monastery hosts the Faculty of Hagiogrphy and Byzantine Music. One can order any icon they wish or purchase from those that are readily available. You won’t have any trouble finding it since a shrine (iconostasis) before the crossroads indicates that the monastery is to the left. Today the cells of the monks function as a youth shelter for young adolescents. 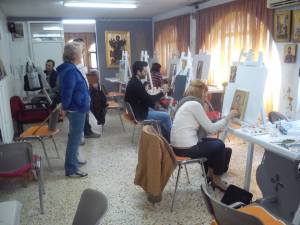 Further to the left there is a big rock with a hole in the middle which is considered miraculous. According to poplar tradition people who are either psychologically or physically ill pass their clothes through the hole in order to be cured. 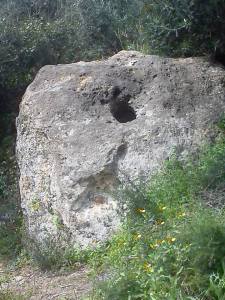 This monastery, like many other churches and monasteries, has been built on the ancient site of the temple dedicated to the Goddess Artemis Alphaea. According to Greek mythology, it was here that she managed to escape from the fate of being abducted by her stalker Alpheus (the river god of Ancient Olympia), who was madly in love with her. It all happened one night as she was celebrating with the nymphs. In order to confuse him, she came up with a trick and covered the nymphs’ faces, as well as her own, with mud. Unable to distinguish “his victim”, he left the party early… 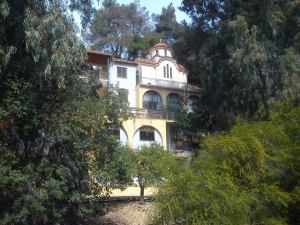